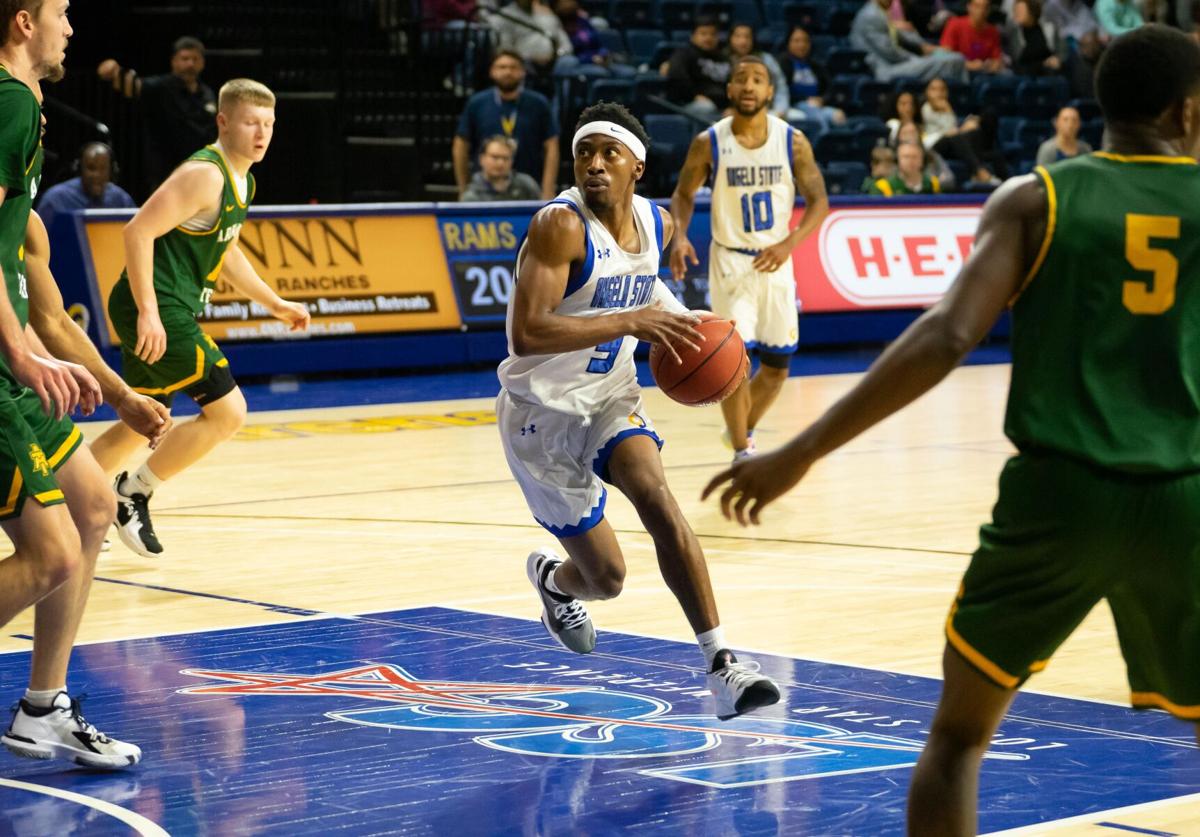 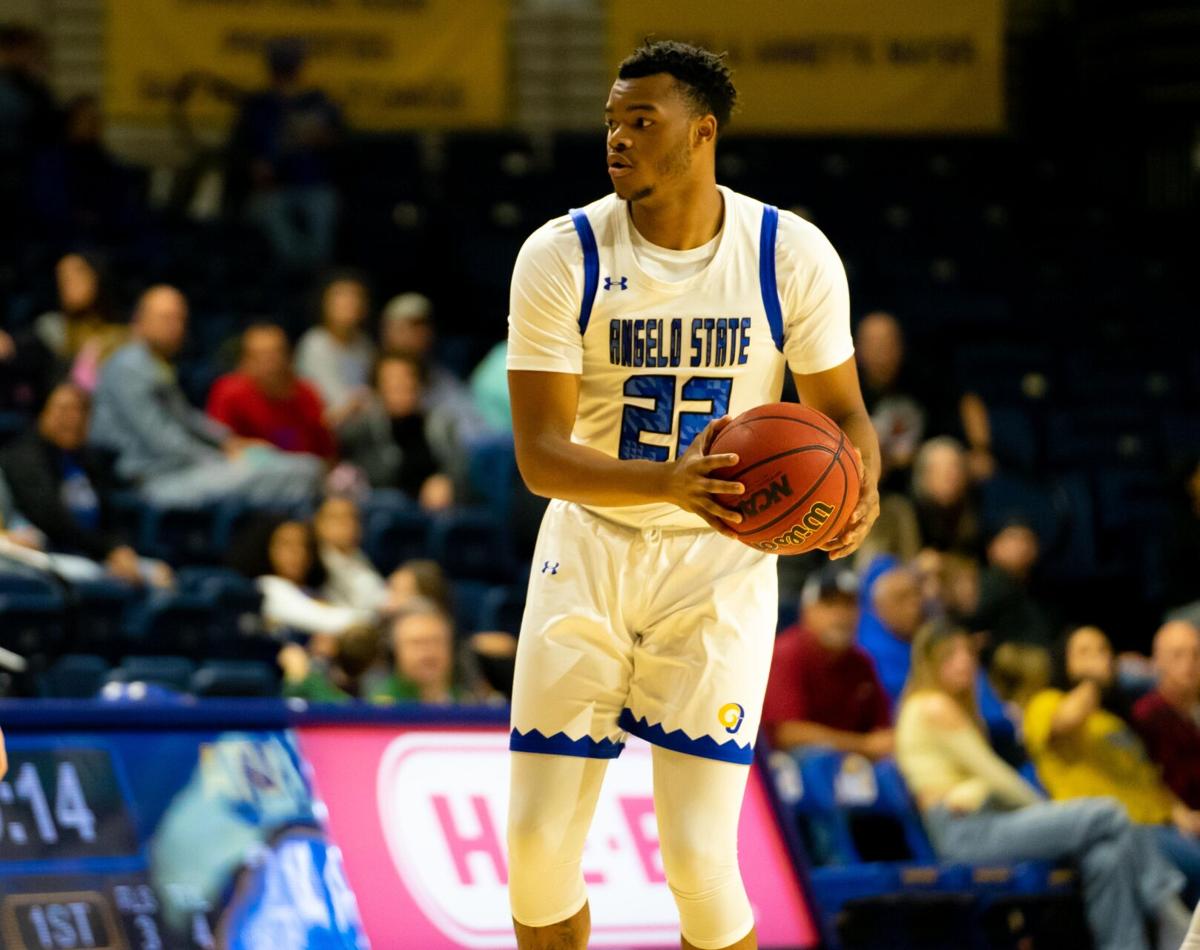 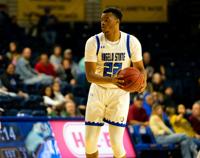 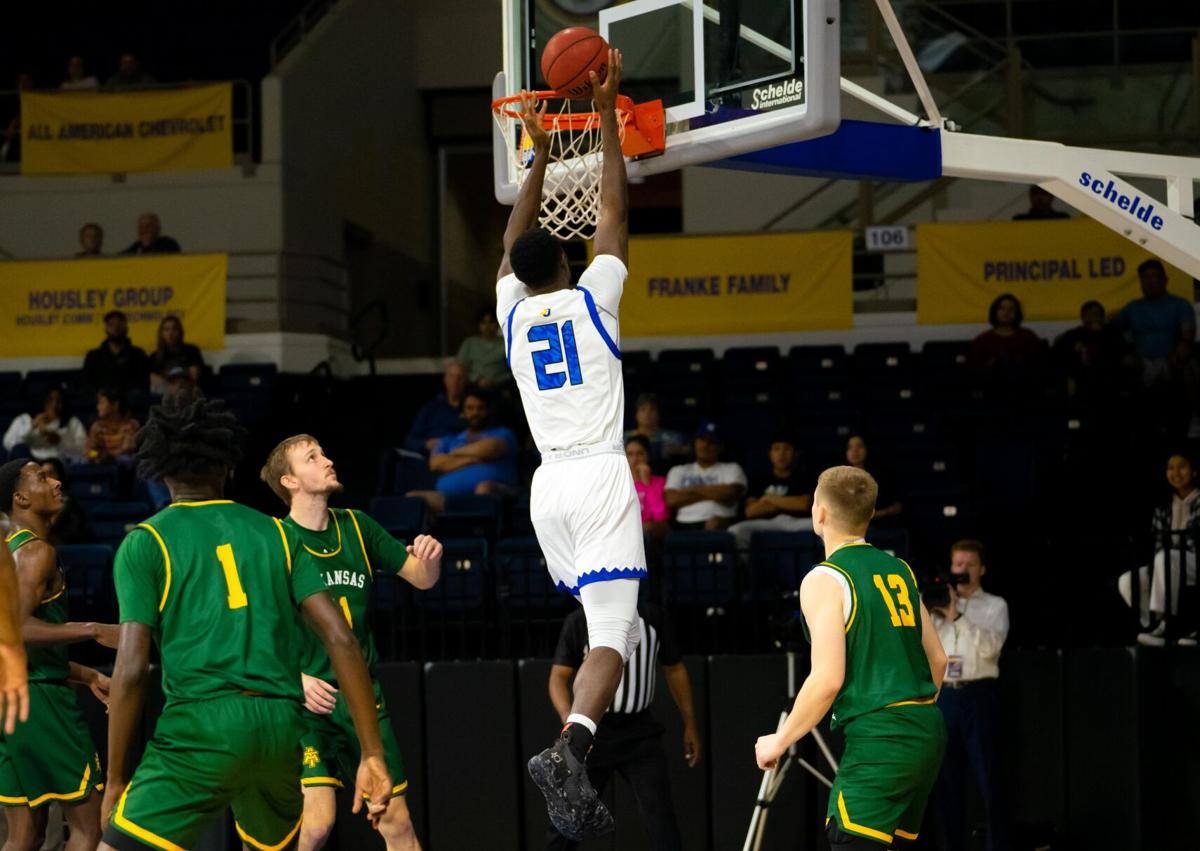 The 18th-ranked Rams basketball team was able to go 2-0 this weekend as they hosted the annual Ed Messbarger Classic at the Junell Center/Stephen’s Arena on Friday, Nov. 26 and Saturday, Nov. 27.

ASU came into the weekend with a 4-0 record, defeating New Mexico Highlands and Fort Lewis at the LSC/RMAC Conference Challenge on Nov. 13 & 14, then taking care of Northwest Nazarene and Dallas Christian on Nov. 19 & 20 at the Emerald Classic.

The Rams’ first game on the weekend was on the 26 when they tipped off against the Spartans of Missouri Baptist.

The game had a slow start for ASU as MBU jumped to a quick 15-4 lead in the first six minutes. Dante Moses led the Rams as they cut the lead to four as he scored five of the team's next seven points.

Both teams continued to go back and forth until halftime as there were two ties and five lead changes as the Spartans took the halftime lead 36-35.

The second half began exactly how the first ended; both teams continued to go back and forth until the final minute when Moses made a two-point jumper to give the Rams a 66-65 lead. ASU would hold onto this lead until the very end to give them a 73-70 victory.

Moses led the Rams with 20 points as the team shot 41.4% from the field. Devaughn Thomas led in rebounds with seven as ASU grabbed 32 boards on the night.

On Saturday, Nov. 27, the Rams would close the classic taking on the Arkansas Tech Wonder Boys.

ASU had a fast start to this game as three-pointers from Pennie and Tyrell Carroll made it a quick 12-6 lead.

ATU would tie the game halfway through the first half as a three-pointer made it a 20-20 game.

The game continued to be a back and forth affair as the score would be in the Wonder Boys favor 34-32 at the half.

Arkansas Tech was able to hold onto their first-half lead until 14:08; towards the second half,  Pennie would drain another three to make it a 43-42 game.

The finale would come down to the wire as the game would be tied at 68 with 33 seconds left in the game. The Rams came down the court and Thomas pulled up a jumper from the elbow to drain the game-winning shot for ASU with a 70-68 victory.

ASU fared better shooting in this game as they shot 41% from the field with 45.5% from the three-point line.

With the weekend sweep, The Rams jumped six spots to No. 12 in the latest coaches poll and are back on the court Thursday, Dec. 2 as they will take on the Dustdevils of Texas A&M International in a non-conference matchup in Laredo, Texas.