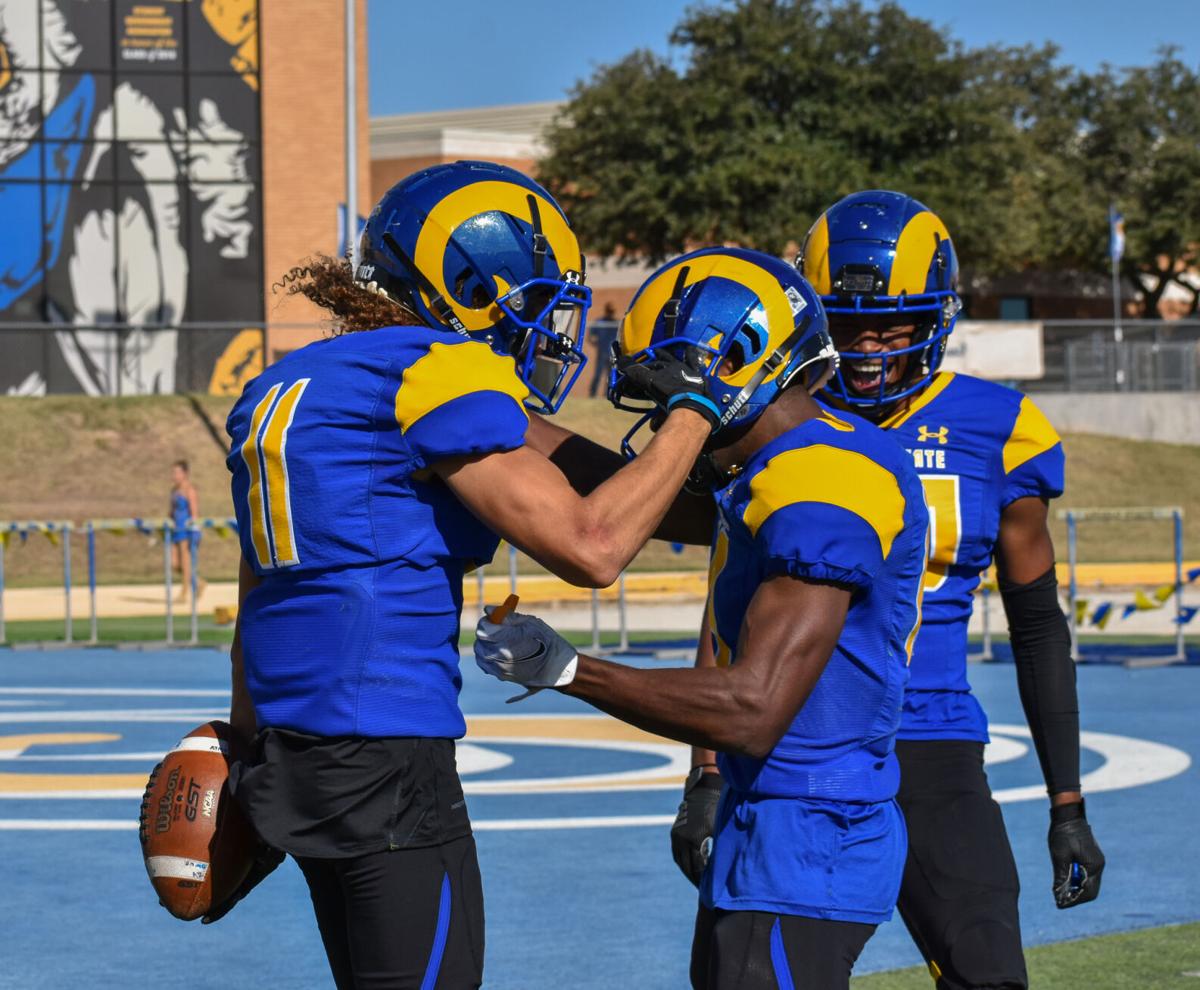 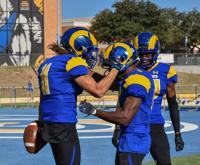 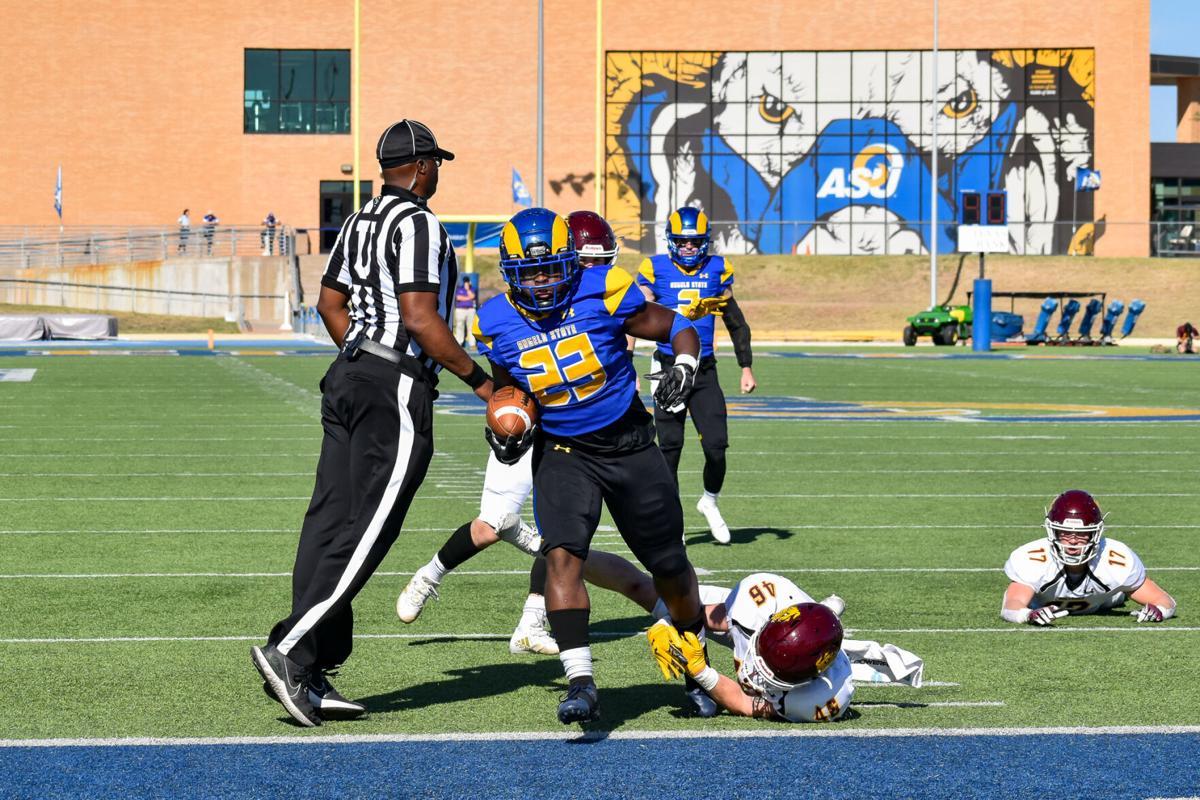 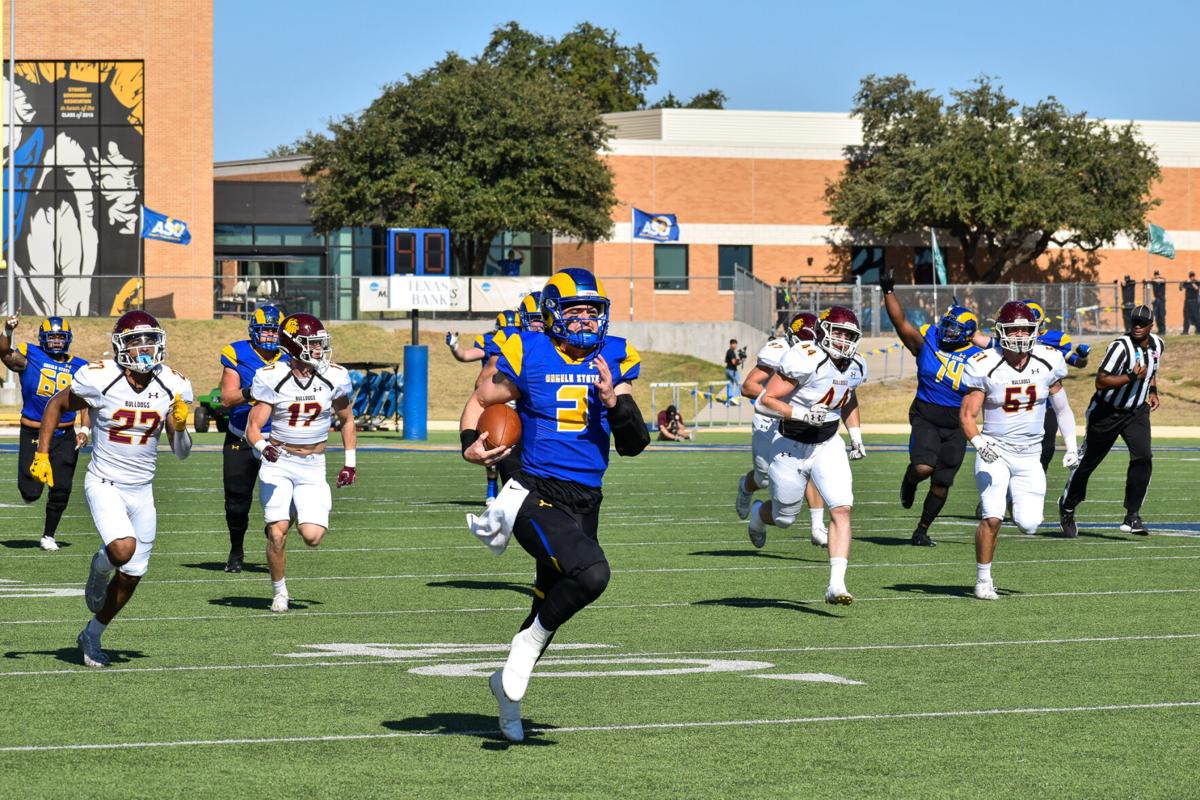 The ASU football team took on Minnesota Duluth on Saturday, Nov. 20 in the first round of the NCAA Division II football playoffs under the bright San Angelo sun at LeGrand Stadium at 1st Community Credit Union Field.

The Rams were able to take care of the Bulldogs in a 48-14 rout, allowing the Rams to improve to a 10-2 record and move on to the second round against the Lopers of Nebraska-Kearney

The game had an explosive start as Alfred Grear received the opening kickoff and showed off his 4.3 speed as he returned it 100 yards for the first points of the ballgame. The Rams would make the game 14-0 after Zach Bronkhorst took a quarterback keeper and broke out a 69-yard run down the right sideline.

Grear would keep the magic going near the end of the first quarter as he would break out a rush of 13 and 34 yards to set up a touchdown run for Nathaniel Omayebu III from eight yards out to make it a 21 point deficit for the visitors.

Grear finished the game rushing for 70 yards, averaging 10 yards a carry as Omayebu ran for 44 yards and a touchdown.

On the ensuing offensive drive, Bronkhorst was able to find Noah Massey for a 12-yard touchdown pass to continue to push the Rams’ lead over the Bulldogs.

On their next drive following an Asa Fuller field goal, Bronkhorst found Kellen Pachot on a slant route and the speedster took it the rest of the way for 78 yards to keep the foot on the gas and the score 38-0 in favor of the home team. Fuller would tack on another field goal to make the score 41-0 at the half.

Bronkhorst had himself a complete game as he completed 13 passes for 214 yards and three touchdowns to go along with his 65 yards rushing and a fourth touchdown.

Minnesota Duluth would add their first points of the game in the fourth quarter as they put together an eight play drive that ended with a four yard touchdown run.

The Rams responded a couple drives later as Tre’Darious Colbert was able to strip sack the Bulldog quarterback to give ASU the ball deep in UMD territory. The Blue and Gold would quickly take advantage of the turnover as Bronkhorst found Dagen Dunham for a touchdown.

The Bulldogs responded on the following kickoff as the UMD returner was able to break multiple tackles as he took it back 94-yards to bring the score to its finale 48-14.

The Rams defense kept the Bulldogs in check as they only allowed 233 yards on the day and forced two turnovers as Hunter Kyle led the defense with seven tackles, a sack and a half as well as 2.5 tackles for loss.

You can find the Rams back on their home turf once again when they take on Nebraska-Kearney on Saturday, Nov. 27 at LeGrand Stadium at 1st Community Credit Union Field.