Skip to main content
You are the owner of this article.
Edit Article Add New Article
You have permission to edit this article.
Edit
Home
News
Sports
Multimedia
Features
Obituaries
Local Events
Opinion
Ram Special
Announcements
Classifieds
Work for Us
Share This
1 of 7 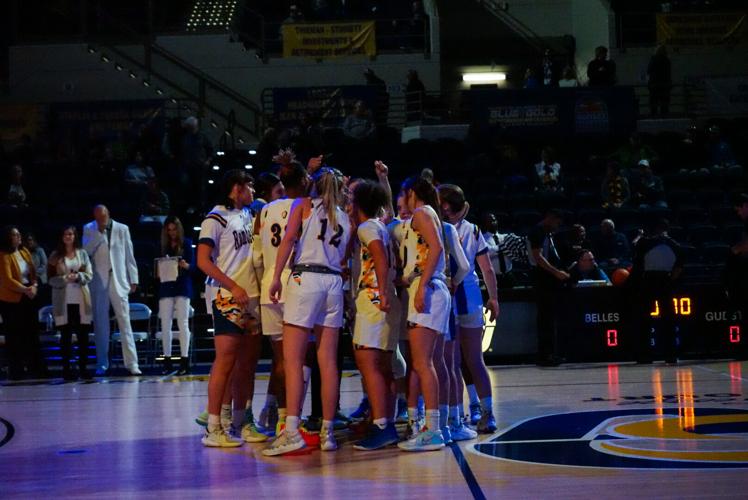 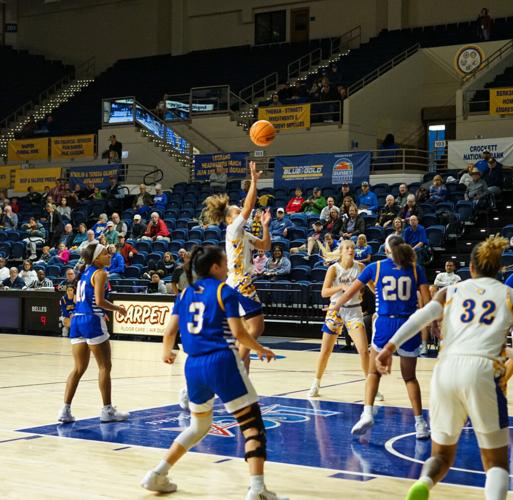 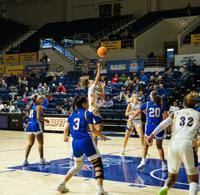 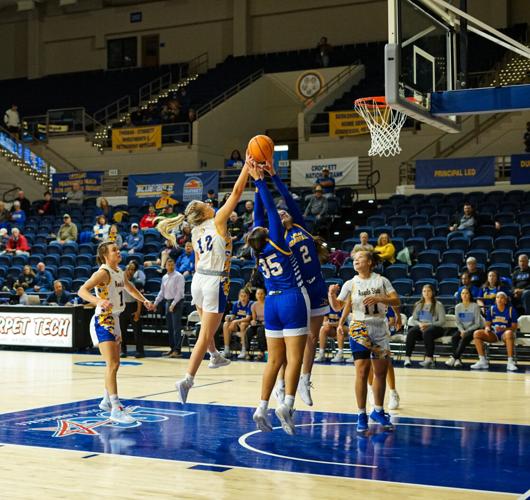 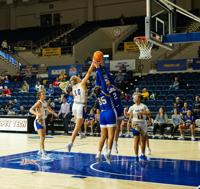 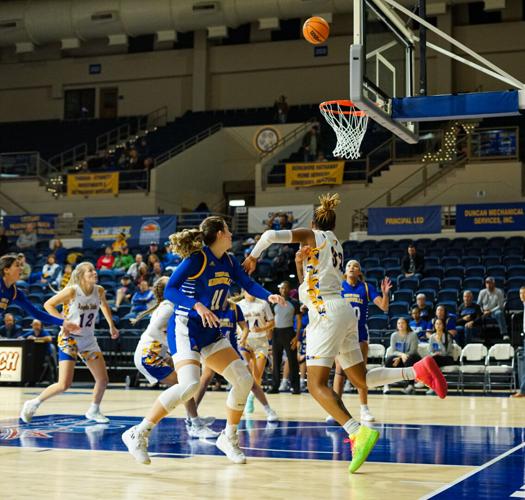 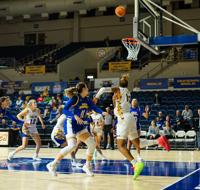 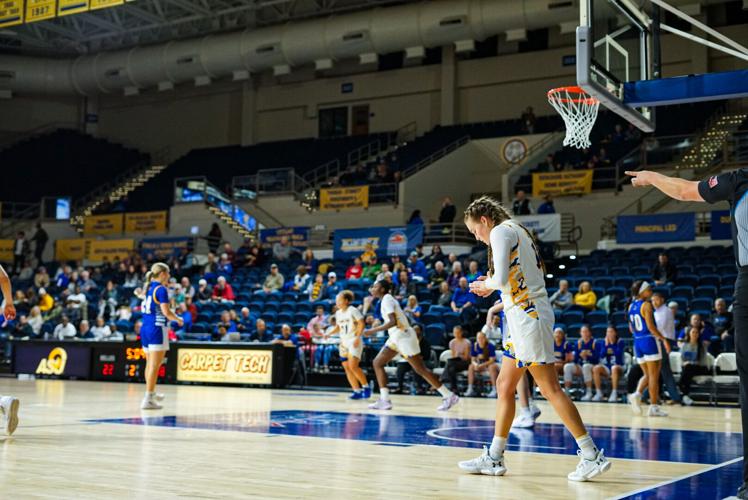 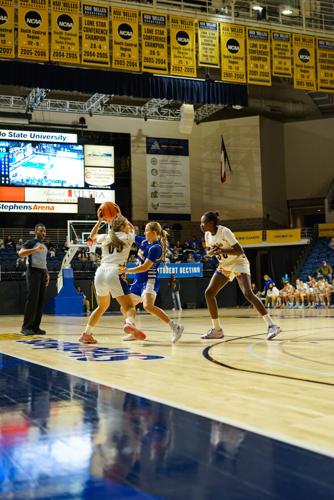 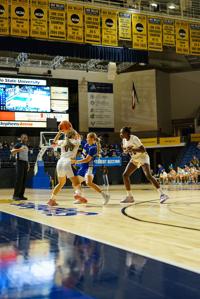 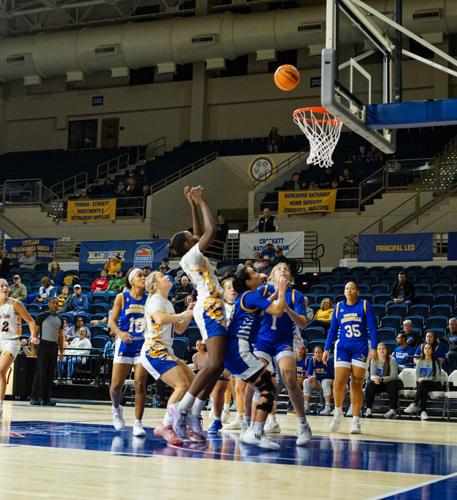 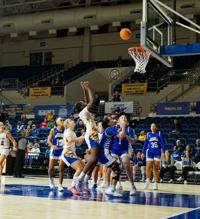 At the start of the matchup, junior guard Sawyer Lloyd would make a fast break layup to put the Rambelles ahead 6-5. Lloyd and freshman center Keniah Williams would score and end the quarter, with ASU trailing the Rattlers 11-10.

SMU would pull ahead by 6 points until sophomore forward Madeline Stephens and freshman guard Landry Morrow would each make baskets to bring ASU within 4 points, 18-14, with seven minutes in the second quarter.

Morrow’s bucket would spark a 9-0 run for the Rambelles to take back the lead, 21-18, with over a minute remaining in the half. Junior forward Tayjanna McGhee-Pleasant would make a layup for ASU to lead 23-22 going into the second half.

The teams would battle back and forth in the first five minutes of the second half. Stephens would drain a 3-pointer with 25 seconds left to tie the game 39-39 at the end of the third quarter.

Sophomore guard Kyla Cobb would score a triple, and McGhee-Pleasant would make a layup to put ASU ahead by 5 points. The Rambelles would hold the Rattlers scoreless in the first three minutes of the fourth quarter.

Stephens would convert on a triple to give ASU their largest lead, 50-40, with just under 6 ½ minutes remaining. The Rambelles would have four straight turnovers, leading to the Rattlers scoring 10 straight points to tie the game 50-50.

Stephens would put ASU ahead 56-54 with 45 seconds remaining. Both teams would go 1-6 from the free-throw line, giving the Rambelles a 56-55 victory over the Rattlers.

Freshman forward Aicha Ndir, with her first start of the season, would put the Rambelles up 9-6 with over 5 ½ minutes remaining in the first quarter.

Buckets from Morrow and McGhee-Pleasant would put the Rambelles ahead by 15, 26-11, with over eight minutes until the half.

The Hilltopper defense would strike back, allowing the Rambelles only 4 points for the next six minutes. SEU would trail 30-21 with just over 2 ½ minutes remaining in the quarter. The Rambelles would take a 7-point lead, 32-25, going into halftime.

Lloyd would hit a jumper to put the Rambelles up by 12, 39-27, with just under 7 ½ minutes in the third quarter. Both teams would only score 9 points in the last minutes of the third, with the Rambelles leading 43-32 going into the final frame.

Morrow would hit another triple with just over 7 ½ minutes remaining to keep ASU’s lead at 14 points. The Rambelles would defeat the Hilltoppers 63-51 to go 2-0 for the weekend.

ASU moves to 16-3 on the season and 11-2 in Lonestar Conference play. The Rambelles will play against the Eastern New Mexico Greyhounds on Jan. 26 to continue their LSC play.