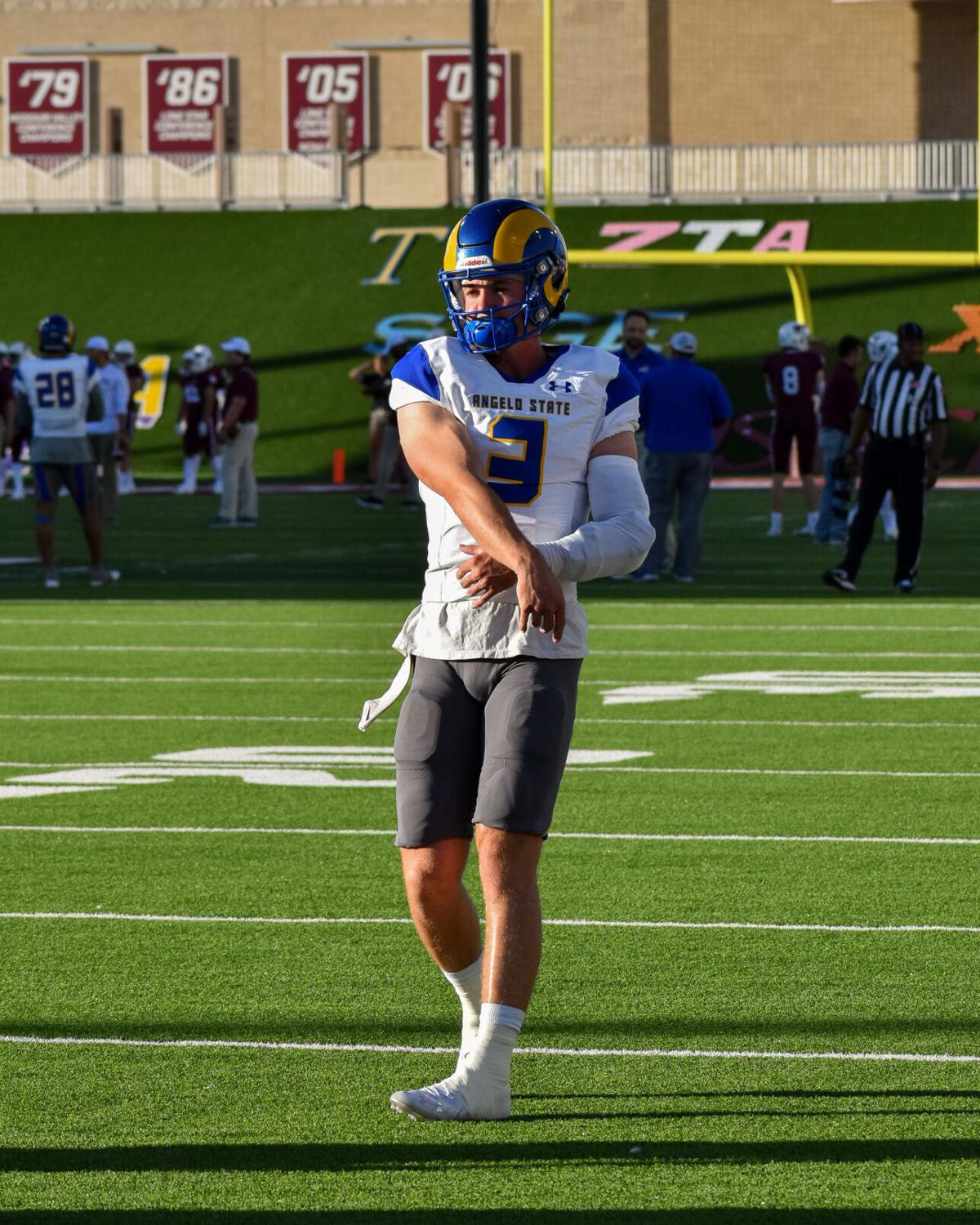 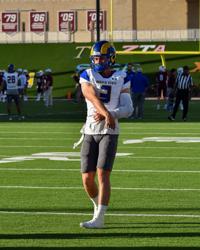 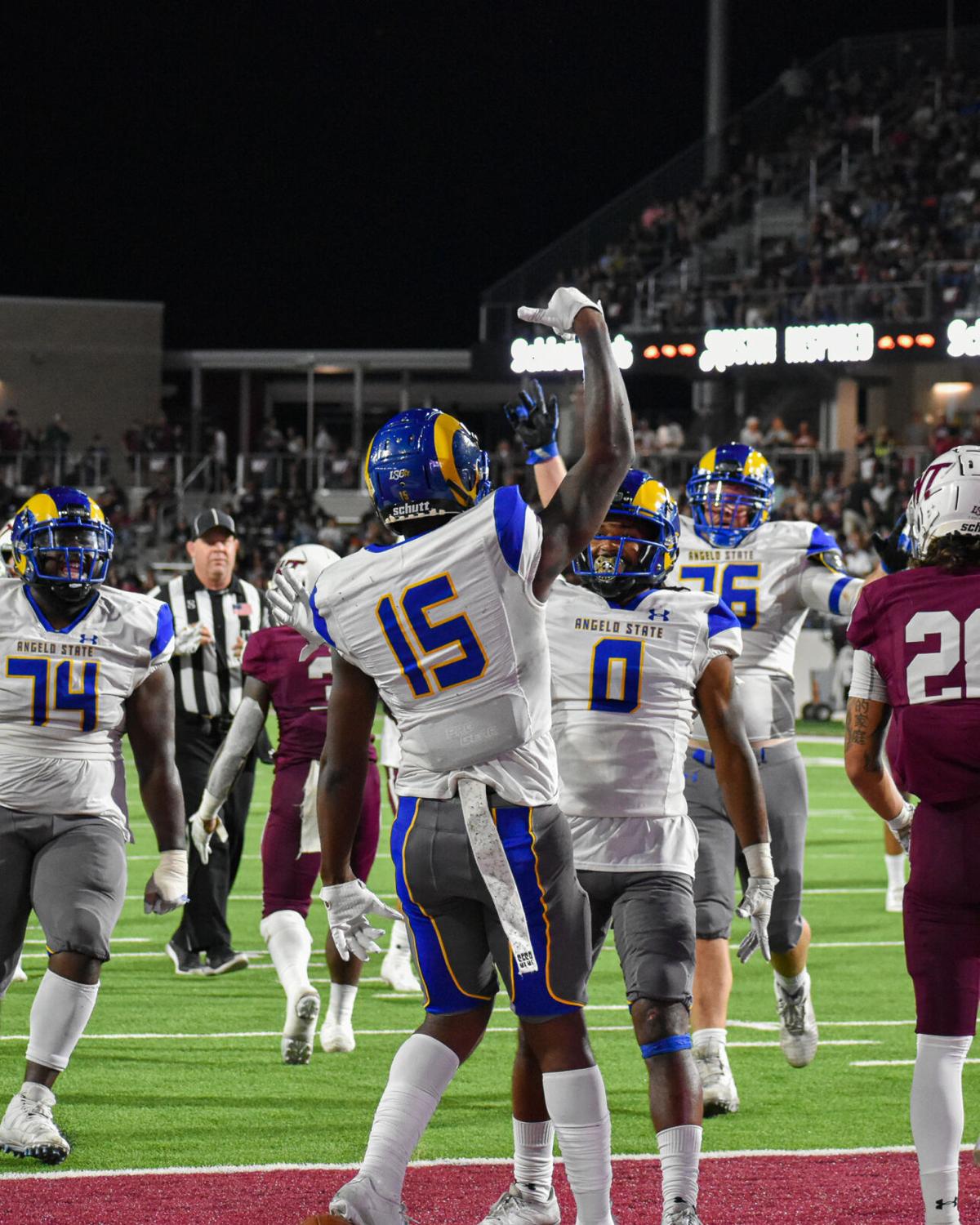 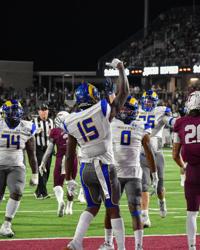 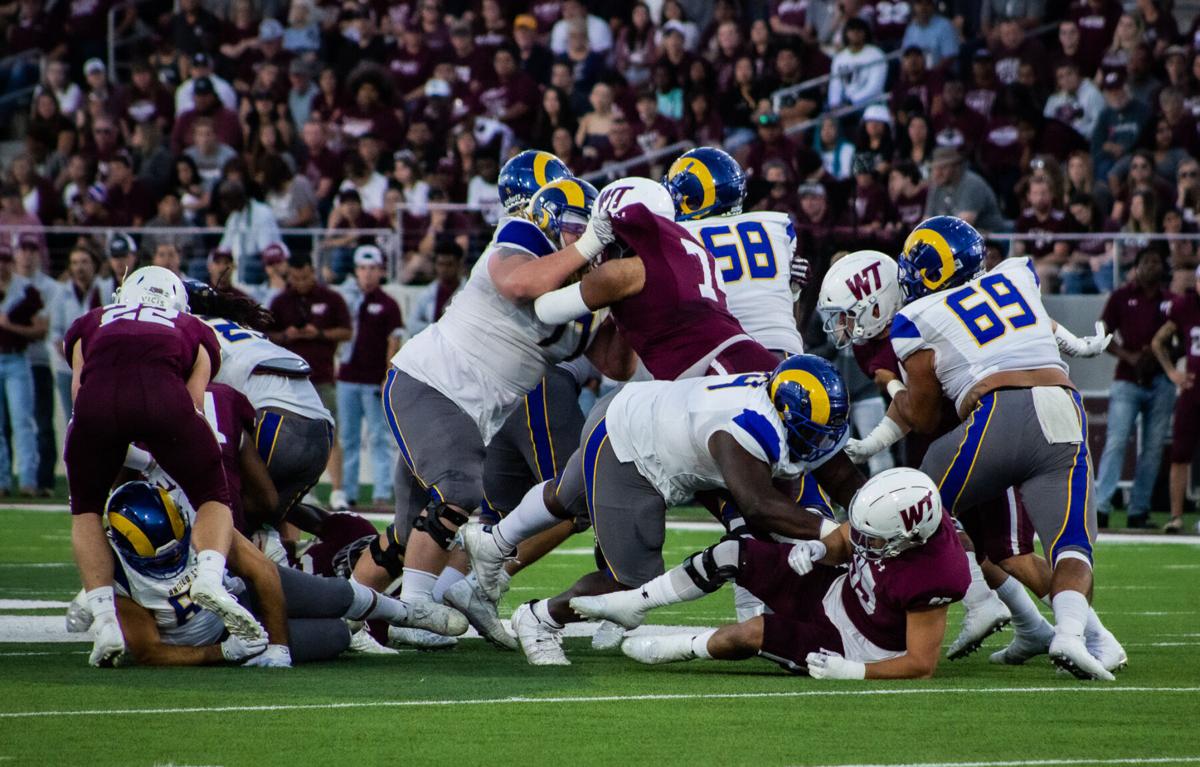 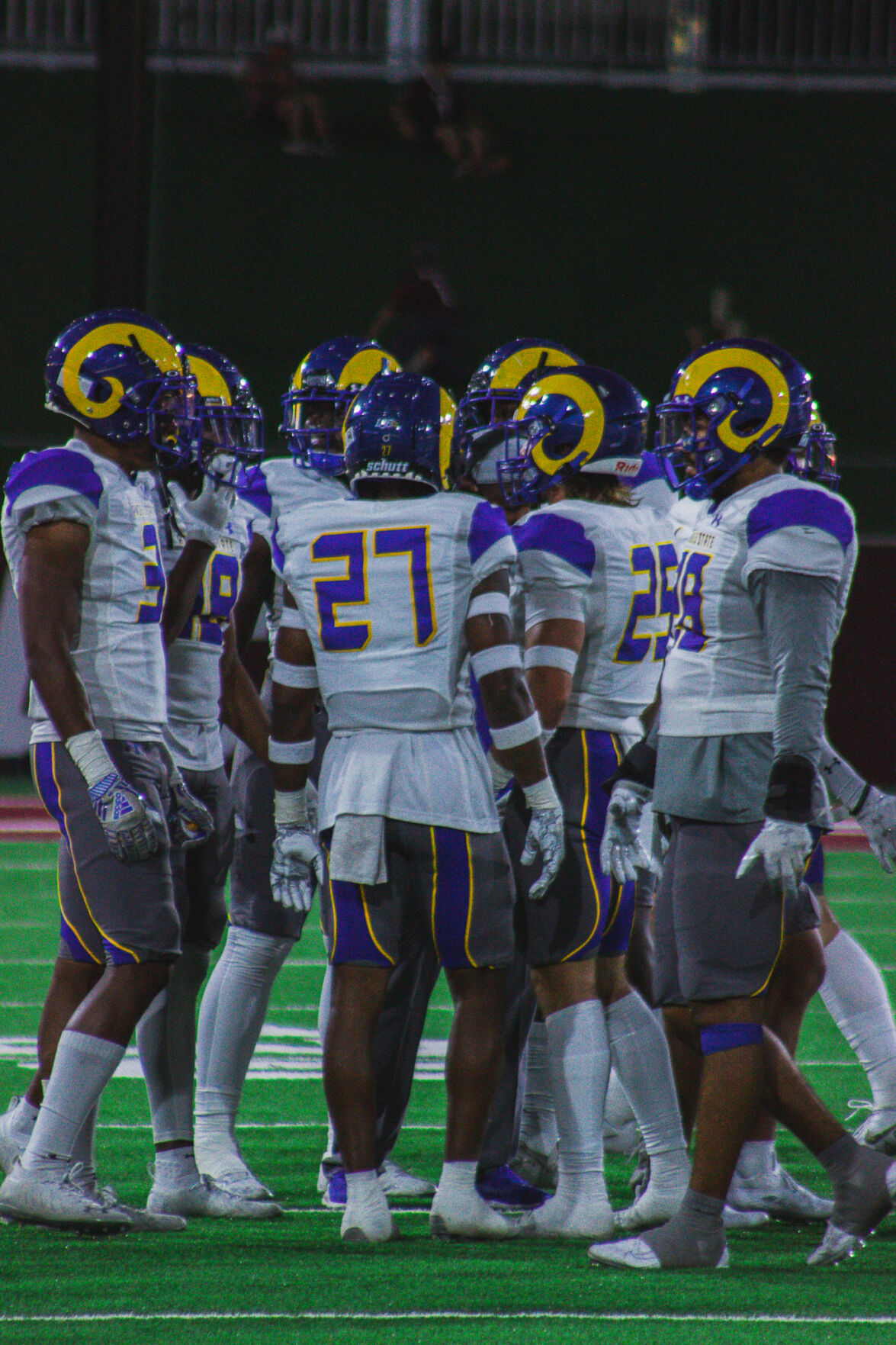 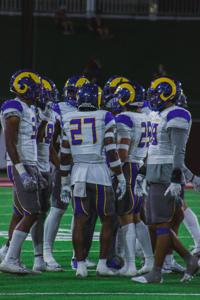 The ASU football team traveled to Buffalo Stadium in Canyon, Texas on a breezy night on Saturday, Oct. 9 to take on the rivals to the north, the West Texas A&M Buffalos.

The Blue and Gold struck first as Zach Bronkhorst found Noah Massey for a 13-yard pass to set up a 44-yard field goal by Asa Fuller for the opening salvo of the ball game.

Bronkhorst has been out the last two games with a dislocated left elbow that he suffered on Sept. 18 against Midwestern State in ASU’s first home game of the season. He would go on to finish the game throwing 47 times, completing 26 of them for 244 yards and a touchdown with an interception.

“It was great to see Zach Bronkhorst back [on the field] competing,” said Head Coach Jeff Girsch. “The young man is an absolute beast of a competitor and I am so proud of him going out there and doing what he can do coming back from a tough injury.”

West Texas A&M answered near the end of the first quarter as special teams reared their ugly head once again. The Buffalos blocked a Cade Fuller punt, the seventh blocked kick allowed this season and returned it 37 yards for a touchdown to make it a 7-3 game.

WT would keep it going as they were able to take their lead further as they took the first four minutes of the second quarter to piece together a 12-play drive that would end in a touchdown to make it a 14-3 game. The Buffalos would add another field goal near the end of the first half to extend their lead to 14 going into halftime.

The Rams opened up the second half hot. Kyle Bradford returned the opening kickoff into Buffs territory to give ASU their best field position of the night. A defensive holding would go on to set up a 26-yard touchdown pass from Bronkhorst to Massey. However, Asa Fuller would miss his first extra-point attempt of the season to make the score 17-9.

Penalties were the negative headline for ASU and the worst of it came midway through the third quarter. Cade Fuller had a 55-yard punt, however, a late hit penalty and unsportsmanlike conduct would add 30-yards at the end of the play to put West Texas in ASU territory. The Buffalos would take advantage of this and a key offside penalty on a crucial third-down to score another touchdown to make the score 24-9. The Rams would finish the game committing 13 total penalties for 137 total yards on the night.

“Penalties continuing to kill us,” said Girsch responding to the team’s biggest negatives on the night. “It hasn’t caught up to us yet, but it did tonight.”

At the five minute mark of the fourth quarter, ASU would run a hurry-up offense to try to get back into the ball game, this would come back to bite them as miscommunication between Bronkhorst and Kel Williams forced an interception by WT that would be taken back for a touchdown to extend the Buffalos lead to 22.

In garbage time, the Rams were able to piece together a drive as completions by Bronkhorst set up a 17-yard touchdown rush for Kason Phillips down the right sideline to bring the game to its final score, 31-15.

“We didn’t play well tonight, and they did,” said Girsch, “they took it to us on offense, defense and special teams.”

ASU’s rushing attack would get shut down on the night as the combination of Nathaniel Omayebu III, CJ Odom, Alfred Grear, Phillips and Bronkhorst would rush a combined 36 times for 140 total yards and a touchdown on the night.

The Rams move to a 4-2 record with a 1-2 record in the LSC. ASU is back in action next Saturday, Oct. 16, when they host the UT Permian Basin Falcons for Homecoming at 1st Community Credit Union Field at LeGrand Stadium.