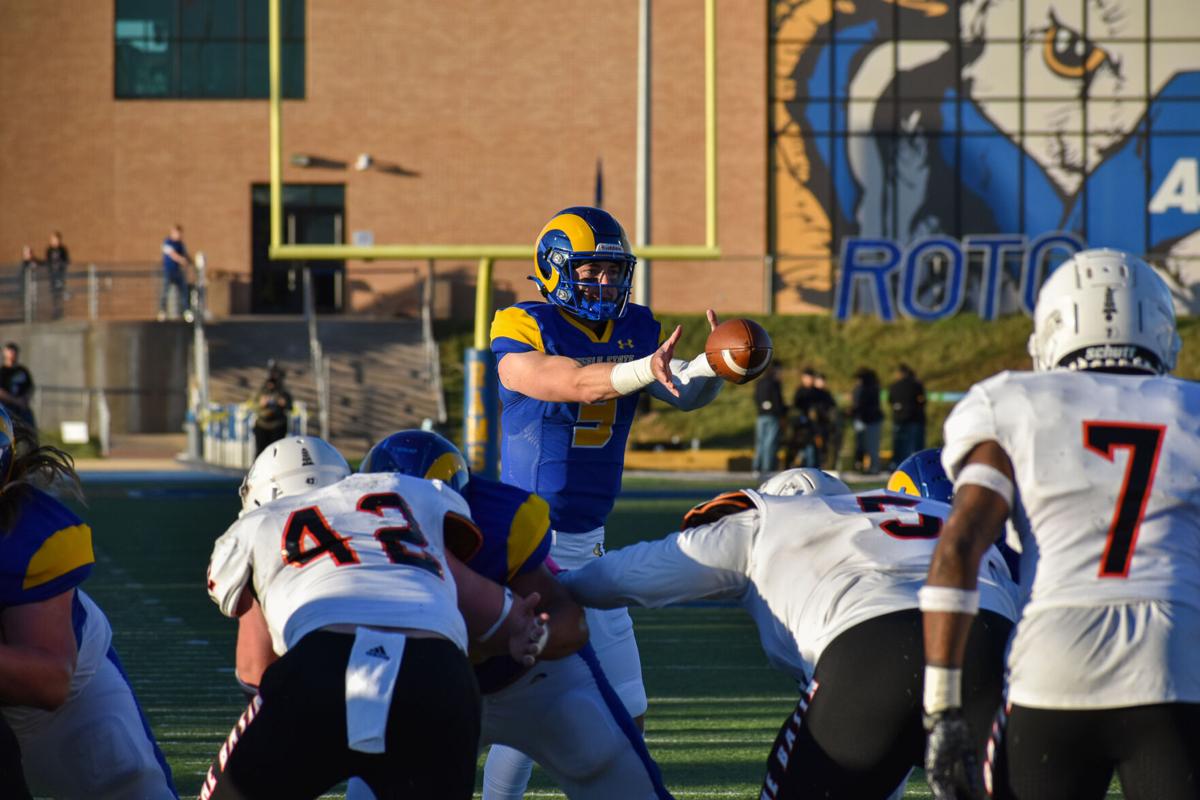 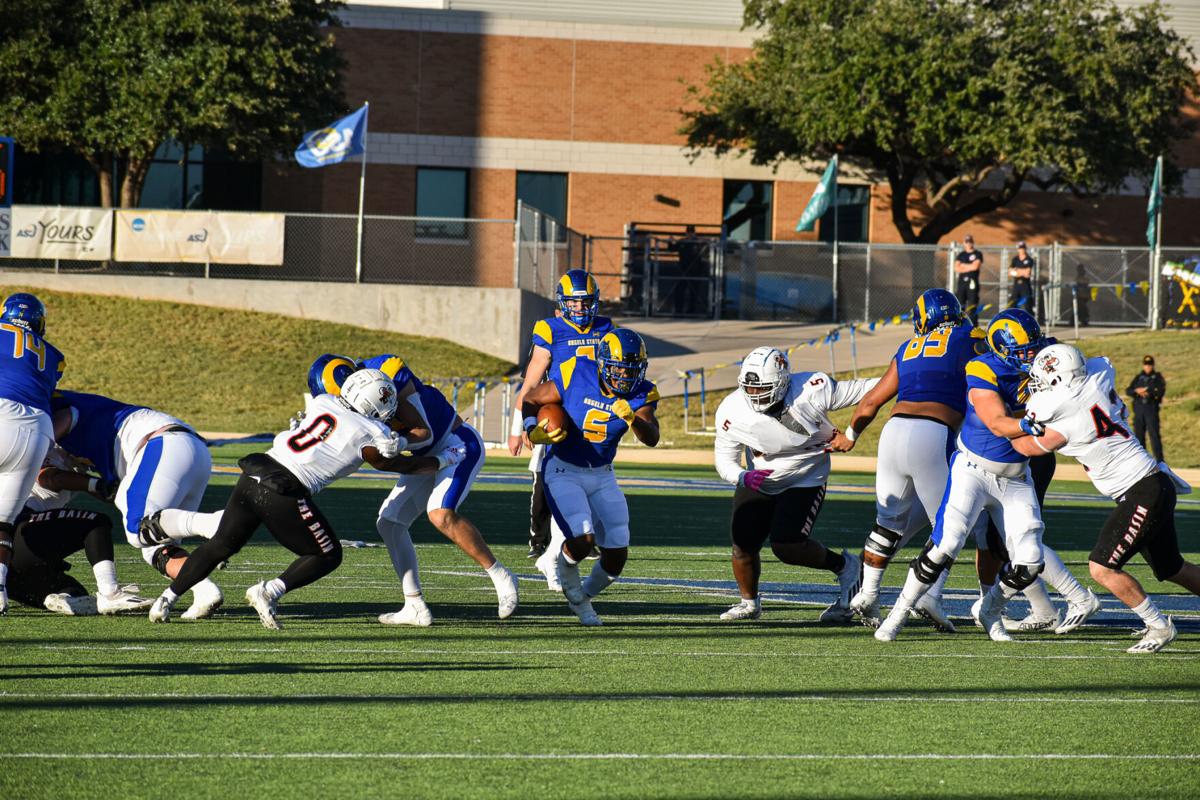 It was a cool night in San Angelo as the Rams football team welcomed the UT-Permian Basin Falcons to 1st Community Credit Union Field at LeGrand Stadium on Homecoming night, Saturday, Oct. 16.

ASU took the opening kickoff and drove down the field; a 31-yard pass from Zach Bronkhorst to Kellen Pachot set up a 25-yard field goal from Asa Fuller for the first points of the ball game.

After a few three-and-outs, the Rams would get the ball halfway through the first quarter. They would go on to piece together a 10-play drive to set up a second Fuller field goal, this time from 19-yards out to make it 6-0 Rams.

Asa Fuller finished the game 2-3 on field goal attempts and kicked a perfect 4-4 on extra point attempts for the night.

On the following drive, the Falcons’ quarterback found linebacker Hunter Kyle on the right side of the field as he intercepted the ball and returned it 39 yards for a touchdown.

“It felt good to get points on the board,” said Kyle about his pick-six.

UTPB would recover as their quarterback completed a pass for 62 yards to make the score 13-7 going into the end of the opening quarter.

The Rams defense would strike again halfway through the second quarter as Leddy French would jump in front of a potential Falcons’ touchdown pass for the second takeaway of the game for the Blue and Gold defense.

“I’d take any of the guys on the defense tonight,” said head coach Jeff Girsch when asked who was his best player on the night. “I thought Leddy French was all over the field and did a great job. Hunter Kyle had a pick-six which is always a huge play when you can score on defense.”

The ASU defense finished the night only giving up 233 total yards to the Falcons as they had five total takeaways.

“Defensively, we were on-point all night,” said Girsch. “They got locked in and I am proud of those guys for continually playing well.”

Near the end of the first half, Bronkhorst completed 10+ yard passes to Dagen Dunham and Nathaniel Omayebu to set up a 4-yard swing pass to CJ Odom for a Rams touchdown as time expired to make it a 20-7 going into halftime.

CJ Odom was the team’s leading rusher on the night, running for 81 yards on 20 carries to go along with his two catches for 12 yards and a touchdown.

On the ensuing drive, UTPB fumbled the snap and French would be the player that fell on it to give the ball back to the ASU offense. It would take three plays for the Blue and Gold to score as Omayebu would catch a pass from Bronkhorst and rumble into the endzone from two yards out to extend the lead to 20.

Omayebu finished the game rushing 15 times for 77 yards to go along with 50 yards receiving and a touchdown off of three catches.

After forcing a turnover on downs, Bronkhorst got back to work as he drove the Blue and Gold offense down the field with completions to Pachot for 10 yards and to Dunham for 23 yards. With the Rams deep in Falcon territory, Bronkhorst kept the ball and ran it in from two yards out to make the score 34-7.

Bronkhorst finished the game completing 17-34, passing for 205 yards and two touchdowns to go along with his rushing touchdown. His performance earned him the Lone Star Conference Offensive Player of the Week honors.

“I can’t thank God enough, my coaches and my O-line,” said Bronkhorst. “It was overall one of our best games played as a whole.”

UTPB would add another touchdown in garbage time to off a blocked punt and put the game at its final score, 34-14.

With the victory, the Rams improved to a 5-2 overall record and 2-2 in the Lone Star Conference. You can catch ASU back on the field next Saturday, Oct. 23 as the Rams will host Simon Fraiser for Family Day at 1st Community Credit Union Field at LeGrand Stadium.