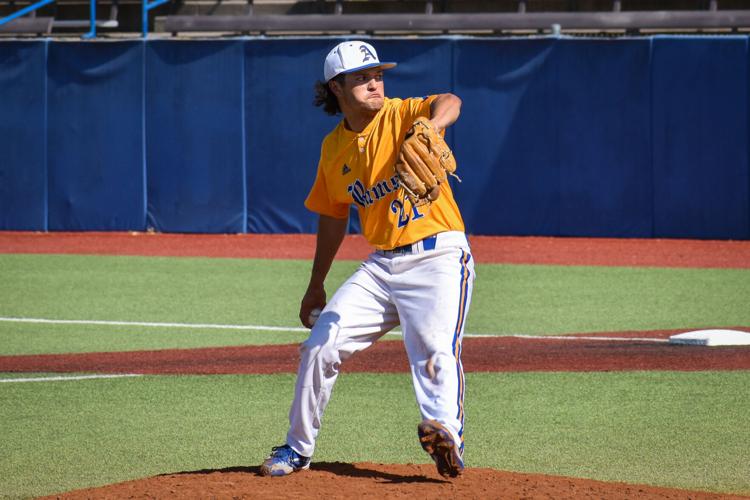 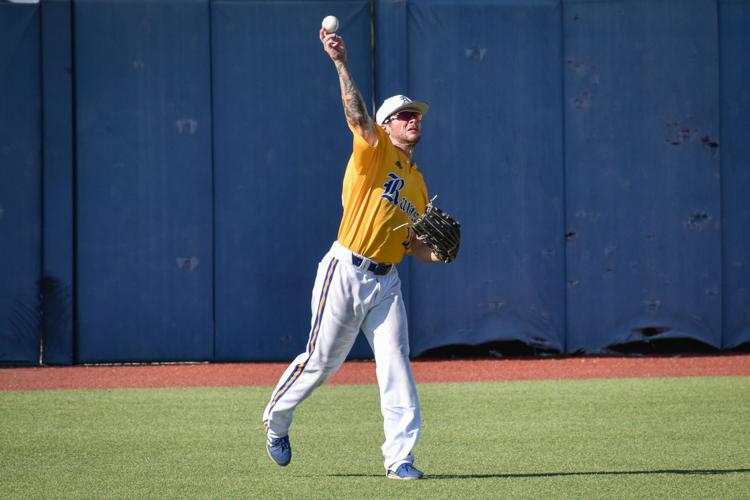 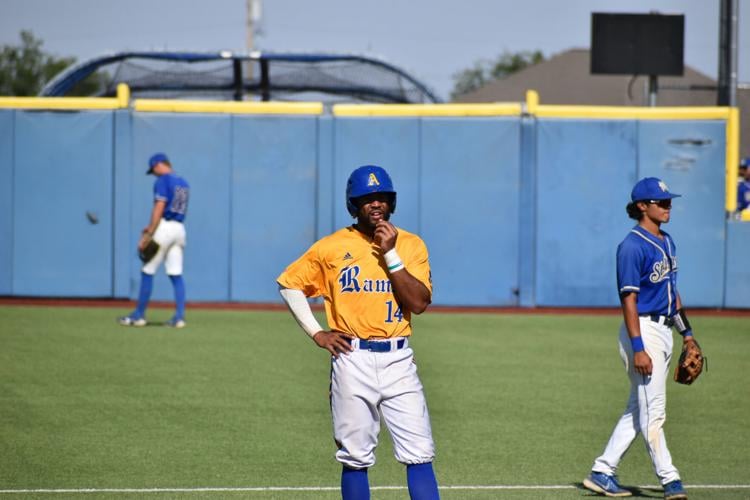 The Angelo State University Ram baseball team advanced to the NCAA Division II College World Series after winning the super regional against the Colorado Mesa University Mavericks in a best-of-three series starting on May 27 and concluding on May 28.

On Friday, May 27, the Rams would fall just short against the Mavericks on their home field in San Angelo, Texas.

The scoring would start early for ASU, with the team pushing three runs across the plate in the bottom of the first. Reese Johnson would get hit by a pitch to allow Koby Kelton to single, putting runners on first and second. Justin Lee would ground out to second to score Kelton, and a Jordan Williams two-RBI double scored the final two runs of the half-inning.

CMU quickly retaliated with runs of their own and would hold ASU scoreless through the third inning. ASU would respond in the bottom of the fourth by scoring two points off a Tripp Clark two-run home run to give ASU the 5-4 lead. CMU would tie the game in the top of the frame, and both teams would remain scoreless through the sixth inning.

The Mavericks would score two more runs in the top of the seventh to regain the lead at 7-5, but ASU would close the gap in the bottom of the eighth by scoring three runs. Lee tied the game at 7-7 after a two-run home run over the center field wall. The Rams would score their final run of the game with a Thomas Cain RBI double to give the Rams an 8-7 lead.

ASU’s lead would be short-lived, however, as CMU would push five runs across the plate and force ASU into a win-or-go-home game two with a final score of 12-8.

Benjamin Elder started on the mound for the Rams, throwing a total of 6 ⅓  innings and allowing seven earned runs off of seven hits. Kyle Moseley threw 1 ⅔ innings of relief, striking out two while allowing one hit.

On Saturday, May 28, the Rams would secure the super regional title and a spot in the Division II College World Series after playing two games in a doubleheader fashion.

The Rams started strong with a 2-0 lead in game one of the doubleheader by scoring two runs in the top of the first thanks to a CMU error and a Jordan Williams single. The scoring momentum for ASU would continue through the top of the second, where Thomas Cain scored on a passed ball and Koby Kelton made an RBI single to score Tripp Clark, giving the Rams a 4-1 lead.

Both teams would go scoreless in the third inning, and ASU would continue to increase their lead in the top of the fourth by scoring four more runs. Clark started the scoring off with a solo home run to left center. Reese Johnson would hit a bunt-single and later be brought home on a two-run home run by Koby Kelton. Aaron Walters would close out the scoring for ASU with a solo home run of his own to make the lead 8-1.

The Rams would continue to tack on insurance runs, scoring one run in the seventh, eighth and ninth innings to make the final score 12-3 for game two of the series and force the Mavericks to the if necessary game three of the series.

Aaron Munson started on the mound for the Rams in game two, throwing eight innings while allowing 12 hits and three runs. Munson also struck out three batters and allowed one walk. Jack Brinley closed the game for the Rams, allowing no runs off of the two hits he allowed.

In the third and final game of the super regional series, both teams would look for a win to secure a place in the DII world series. In the end, ASU would come out on top with a 16-6 victory.

The Rams would go scoreless in the first inning but would bounce back in the bottom of the second by pushing three runs across the plate.  Kelton would force a bases-loaded walk, and Walters would close the scoring with a two-RBI double to left field.

CMU would get a taste of scoring momentum in the top of third by scoring on three solo home runs to take the lead 4-3. CMU would hold ASU scoreless in the bottom of the third and later score two more runs in the top of the fourth to extend their lead to 6-3.

ASU would have to battle back in the bottom of the third but would secure a comeback and the lead after scoring six runs. The scoring effort started for the Rams when the team scored on a throwing error before Walters would ground out, scoring Clark in the process. A bases-loaded grand slam by Tayten Tredaway would then give ASU a 9-6 lead heading into the fifth inning.

The Rams would score three more runs in the bottom of the fifth, started by a Clark solo home run. The scoring effort would be finished for the inning after a bases-loaded walk and a wild pitch scored the final two runs of the inning.

Both teams would go scoreless in the sixth inning, and the ball game would move into the seventh inning, where ASU would score their final four runs of the game. Tredaway would hit a sacrifice fly to start the scoring effort. Justin Harris would single to score Jordan Williams, all before Kelton would hit a two-RBI single to make the final score 16-6 for game three and secure the sweep for ASU.

The Rams will open up the first round of the Division II College World Series in Cary, North Carolina, on June 5, as the No. 5 seed, where they will take on No. 4 Southern New Hampshire University.