You are the owner of this article.
Edit Article Add New Article
You have permission to edit this article.
Edit
Home
News
Sports
Multimedia
Features
Obituaries
Local Events
Opinion
Ram Special
Announcements
Classifieds
Work for Us
Share This
1 of 5 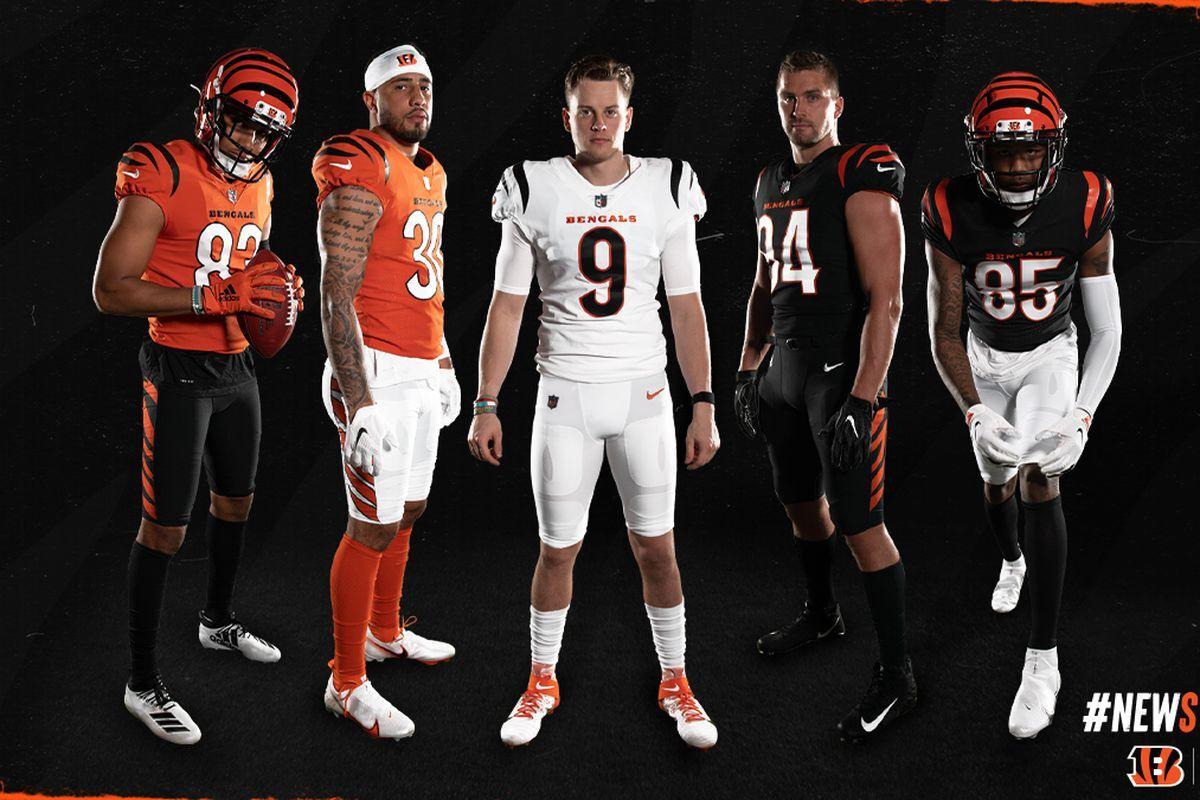 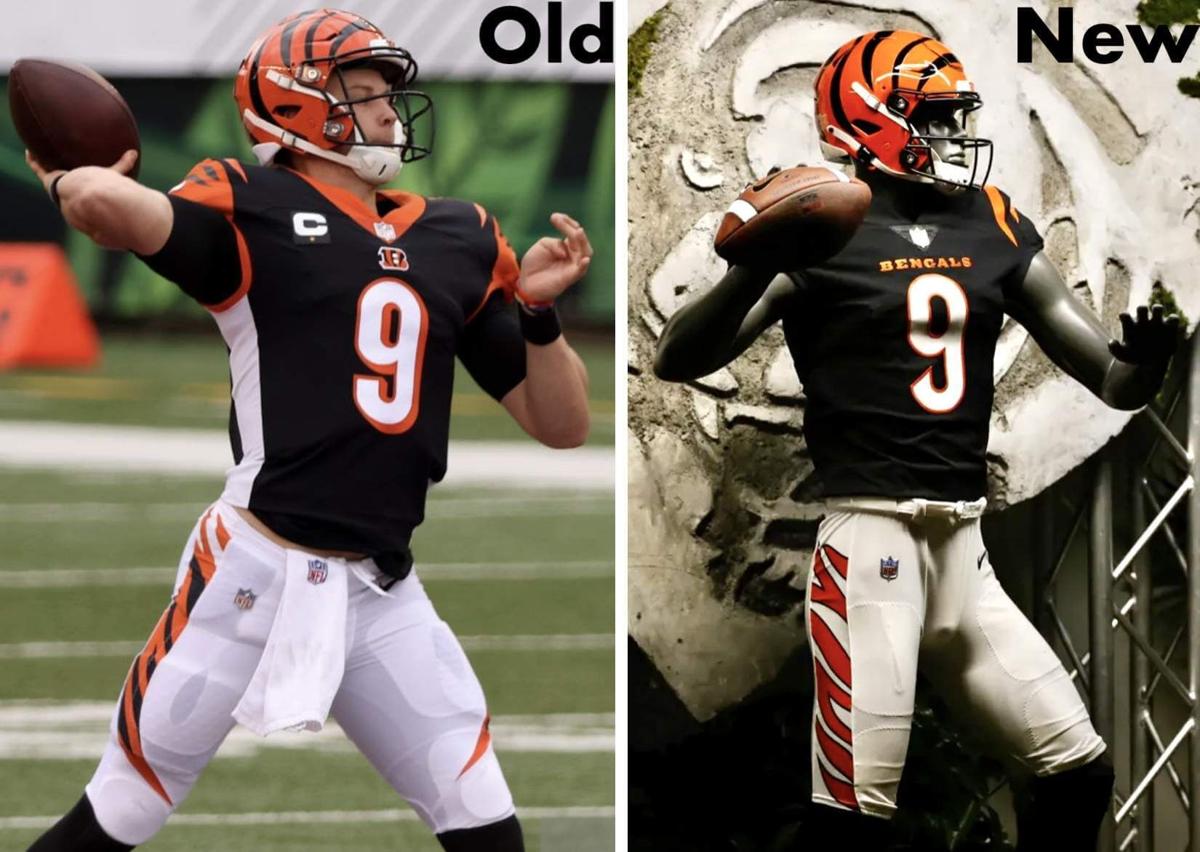 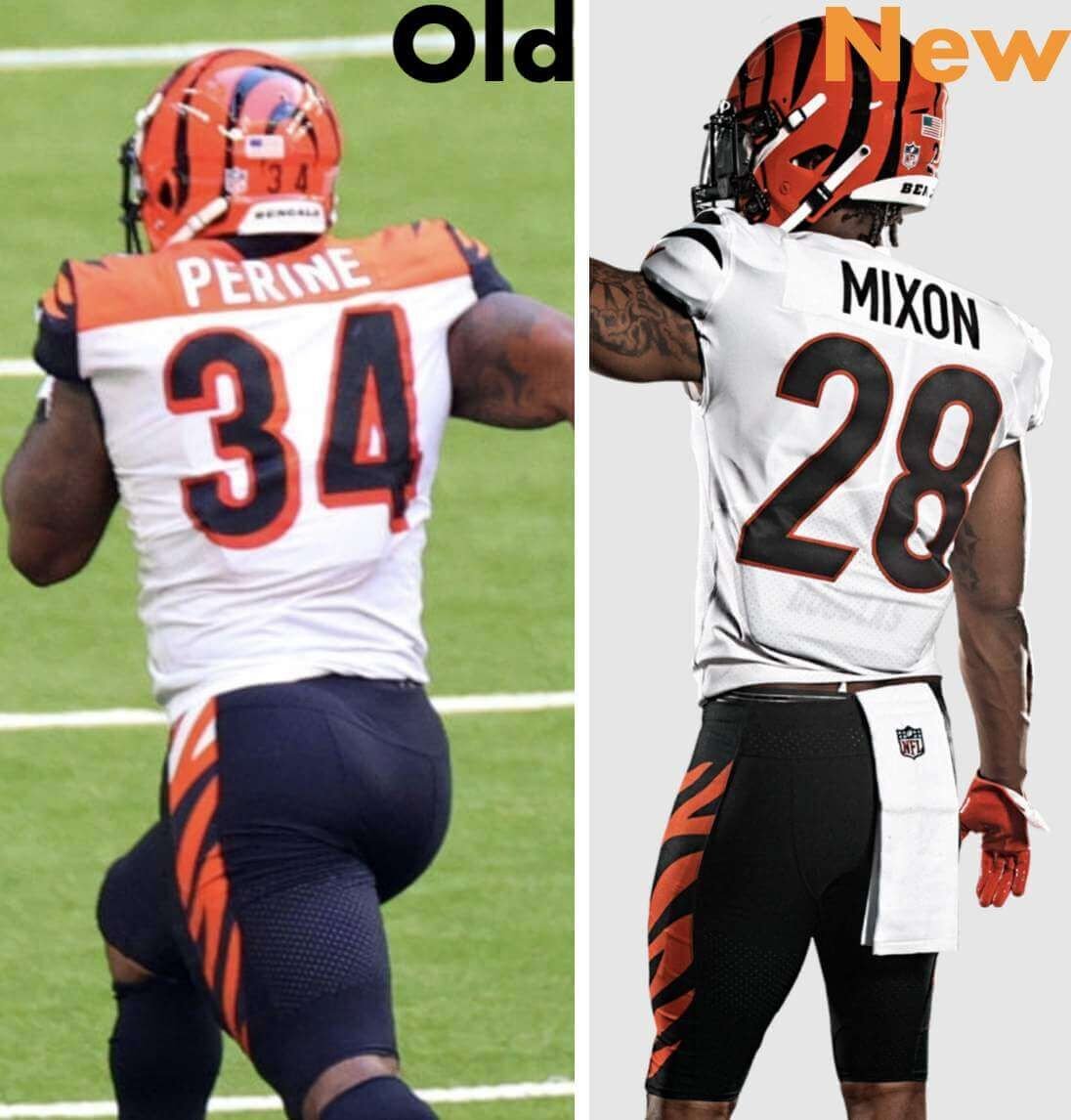 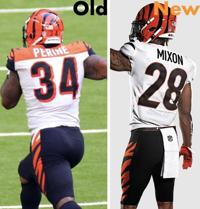 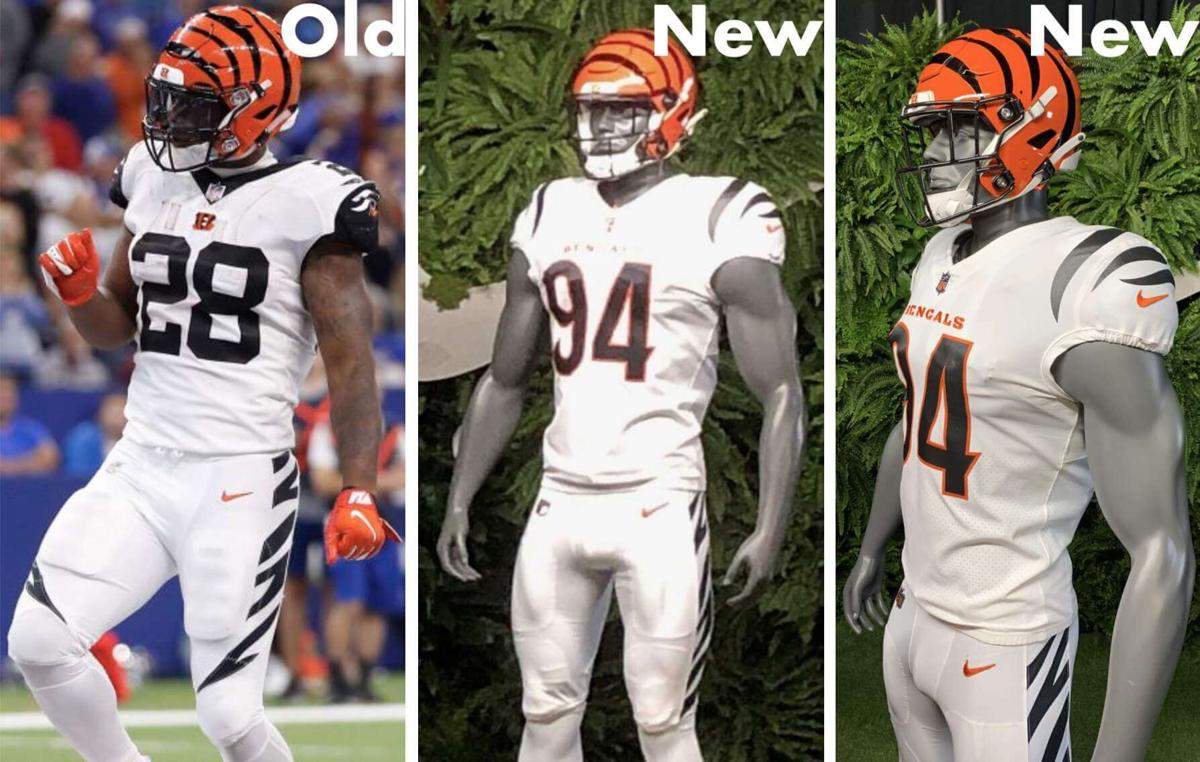 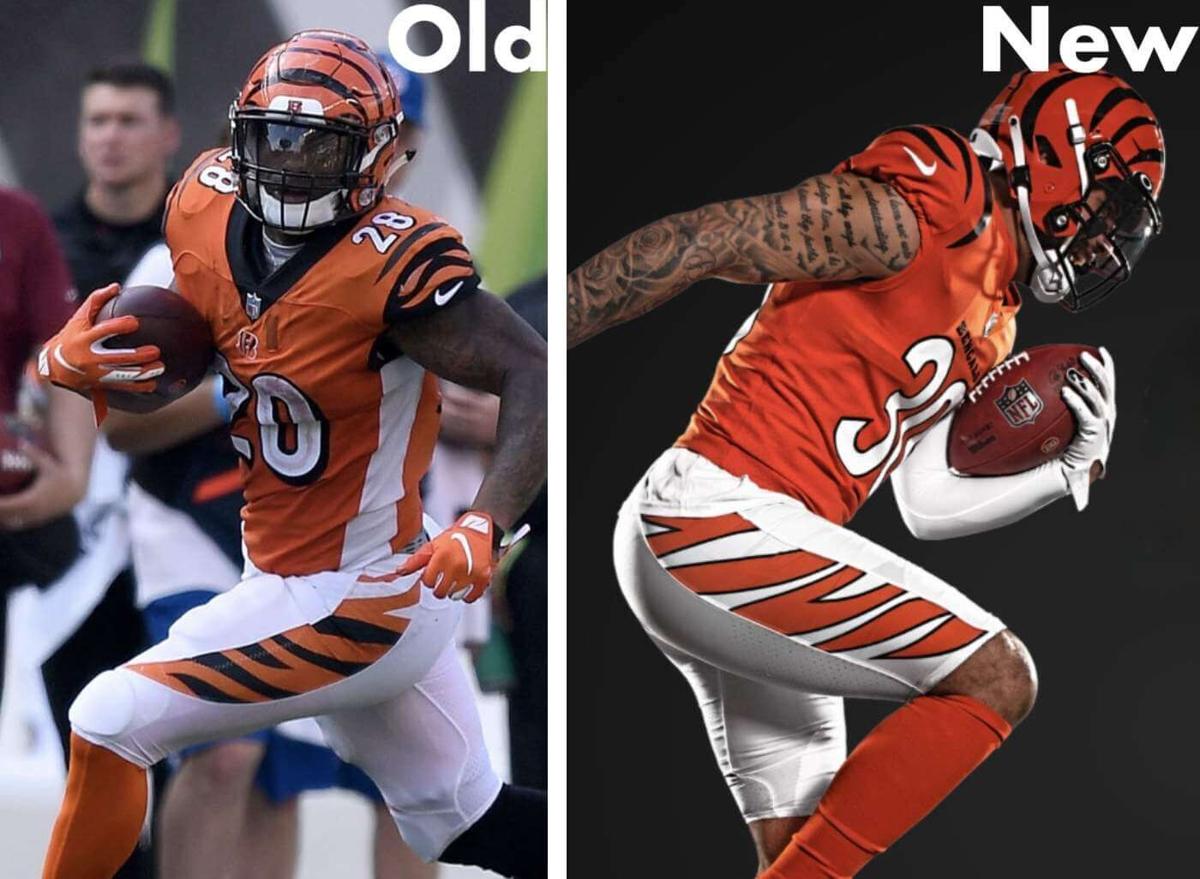 I know, I know. I am VERY late once again. But hey, better late than never right?

Welcome back to the Shred on Threads series! Where I, a broke college student, give my opinion on various sports uniform sets that you probably did not ask for! But you are here, reading this sentence, so you must care– even just a little bit!

Today is column number six and it highlights a team that I felt like has needed a new uniform set for quite a few years now and they finally got it: the Cincinnati Bengals!

Before we begin, the pictures provided in this story are not mine; I am not that talented whatsoever. The photos were taken by the amazing photographers who are sadly not credited in the original article (which can be found here) so I, sadly, could not credit them in this article. The graphics were put together by the people over at Uni Watch, a website I follow that shares my passion for uniform sets and their details. This information will be repeated underneath each picture in this article and will be rightfully credited if I can find it.

The Shredding of the Threads

The beginning of this shredding starts in the branding of the Bengals. Thanks to the color sports guru TruColor, it is pointed out that the shade of orange used has been slightly darkened.

I mentioned this somewhere, but the #Bengals have indeed darkened their Orange slightly for 2021 (along with the uniform change)…old vs. new:(cc: @UniWatch , @PhilHecken , @sportslogosnet) pic.twitter.com/CNHgJoKgtk

As usual, we will look at the changes being made to the overall uniform set from the previous that is seen in all of the uniforms. The most obvious difference is that the sleeve is now going to be the same color as the jersey with the stripes being the only different color in that area of the jersey. There are also no longer shoulder or “TV” numbers. The “B” logo that used to be in the center of the chest has been replaced with “BENGALS” in their custom font across the chest. The number font has for the most part stayed the same but now has a nice sharpness at certain points. Along with that, the shadow behind the number is no longer there but instead is an outline of the color that once was the shadow. Another huge difference that I am grateful for is that the most random stripe I have ever seen on the side of the jersey is finally gone! To this day, I have no clue what it was for or if it represented something but it no longer matters as it is gone. Lastly, The pants stripe no longer turns towards the front of the jersey but instead stays straight down the side of the leg.

Starting at the top of the uniform, the helmet remains unchanged in the set redesign. The opinion about this helmet has been very polarizing throughout the league as people either really love it or really hate it. As a kid, I hated it because I thought it looked weird and tacky but I have grown to love it and cherish it as it is an iconic identity of the team, similar to the Ram horns before the Los Angeles redesign. Colleges and high schools have come to adopt this helmet and change it to make it “different” but it will always be associated with the Bengals no matter what.

What is expected to be their home uniform is the combination of their black jersey and white pants, which is seeing some noticeable changes as the graphic shows. The black jersey is taking a simpler approach with no orange shoulders but instead opting for a stark orange tiger stripe that is recognizable right away but could easily be mistaken for a simple shoulder stripe. The “BENGALS” wordmark is in orange on the chest, looking pretty clean combined with the white number and the orange outline. The white pants pair great with the jersey but also adds their own flair. The orange tiger stripes within the pants stripe are exactly the same design as they were on the old set, but now include a black outline in the white sections of the stripe which ties it all together.

If the color combinations are going to be the same between sets, then it is safe to assume that the white jersey and the black pants combo will be the default away uniform for the Bengals this season. Overall, I love the concept as it is similar aside from the details already discussed in the introduction. The all-white jersey looks extremely clean without the weird orange stripe on the back. The black pants with the orange tiger stripe down the side look amazing without that awkward white spot at the top as it shows in the picture. The “BENGALS” wordmark across the chest is in orange as is the outline of the number. Most of the time I’d hate this, but I am actually liking it as it gives the jersey a little pop.

Judging by the picture in the article teaser, there are several different color combinations the Bengals will have to choose from this season and I am here for them. The orange jerseys that debuted last night against the Jaguars, the home white pants and the helmet come together perfectly and I was very excited to finally see these in action. The Bengals kept the set just about the same and took away those awkward details in the previous set (white jersey stripe, awkward white in pants stripe).

The Bengals also have other combinations that I do not have pictures of for this article that I will talk about here. There is an all-black combination and the iconic “White Tiger” combination expected to be in rotation which I believe are some of the best combinations of the whole set. Then there is the orange jersey with the black pants. I guess I will have to wait and see if it grows on me but I do not like them right now and I can not explain why, so y’all will have to be content with that...sorry.

This is going to be a short conclusion as I am sure I took up way too much time already. I give these a…

Even with the awkward feeling the orange/black combo gives me, the Bengals did a phenomenal job simplifying and correcting an awkward uniform that, in my opinion, needed a change. The only reason why I did not give these a 10/10 is that they NEED a white helmet for their White Tiger uniforms and ONLY those uniforms. The orange helmet (which is consistent throughout the set) clashes too much and ruins the all-white look.

Thank y'all so much for reading this edition of the Shred on Threads and I hope you will join me again on the next edition.