Skip to main content
You are the owner of this article.
Edit Article Add New Article
You have permission to edit this article.
Edit
Home
News
Sports
Multimedia
Features
Obituaries
Local Events
Opinion
Ram Special
Announcements
Classifieds
Work for Us
Share This
1 of 4 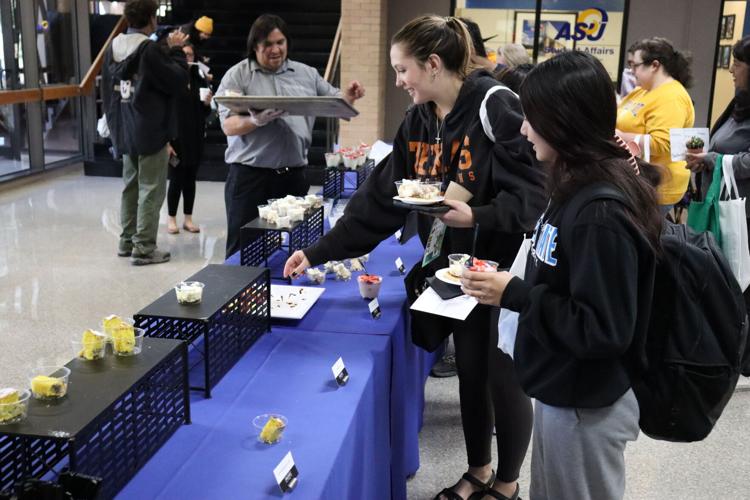 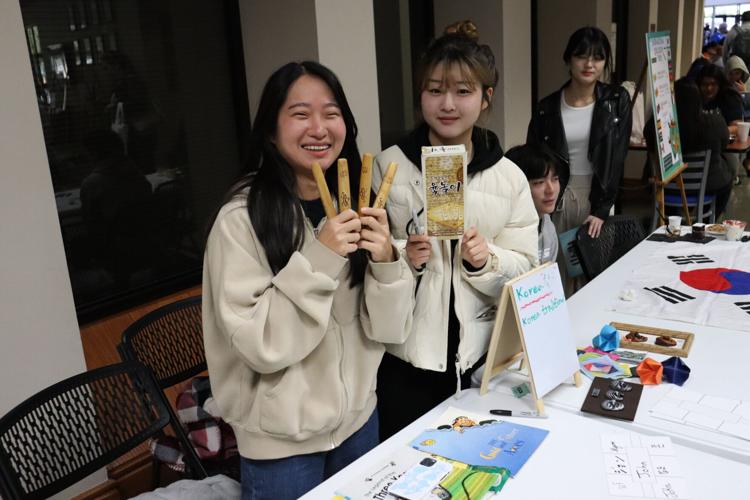 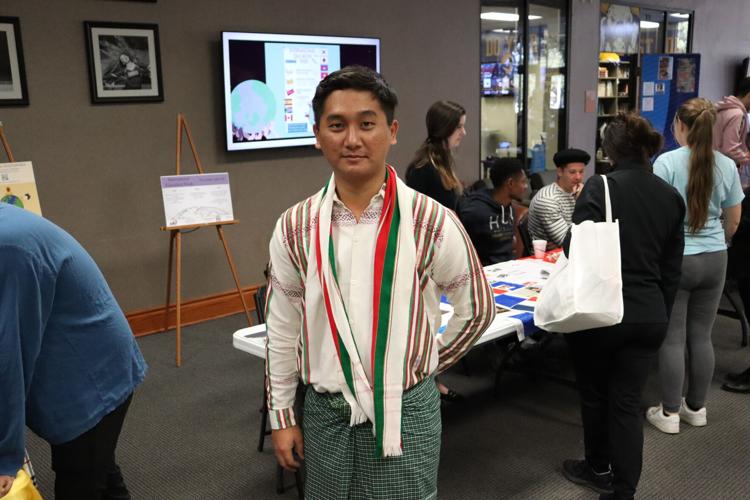 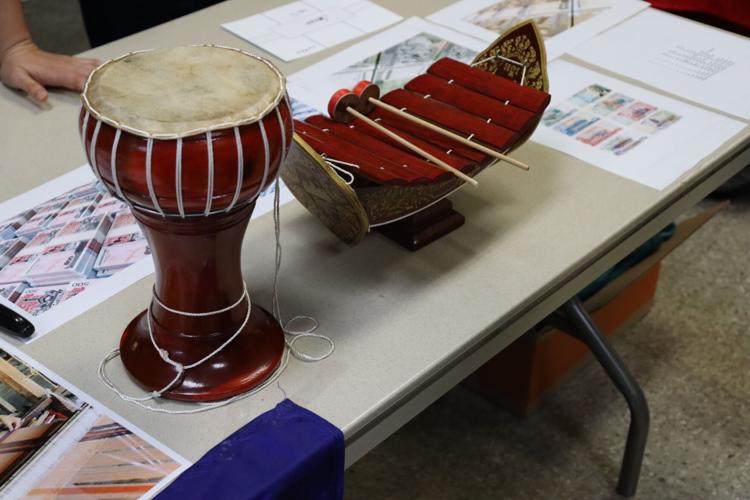 The Multicultural Center and the Center for International Studies hosted the Desserts and Coffee from Around the World event in the Houston Harte University Center on Tuesday, Nov. 15, as part of International Education Week.

In addition to offering desserts and coffee from Myanmar, Russia, Japan, France and more, representative students staffed tables featuring instruments, toys and other artifacts from cultures around the world. Attendees were also offered cards that, when taken to each table, could have their name written in the country's language.

Along with a trifold presentation of Burmese culture,  Joshua, a representative of the Myanmar booth, dressed in traditional Burmese attire.

Russia’s table featured Russian cookies and products written in Russian, such as a Cosmopolitan magazine and Monopoly board game. Also featured were “matroska,” more commonly known as Russian nesting dolls, and “tchotchkes,” which are baubles that depict bears doing different activities.

The table from Cambodia displayed musical instruments from the country, such as the “skor daey,” meaning clay drum, and “roneat ek,” a type of Thai xylophone.

France’s table offered traditional croissants and was run by students from Paris and Lyon.

At the table from Korea, “yuch-nol-i” was presented. The activity is a type of traditional game played with family around the time of Thanksgiving.

International Education Week is held the second week of November and celebrates the different cultures that make college campuses great. For a full view of events scheduled for IEW, visit ASU’s event page.